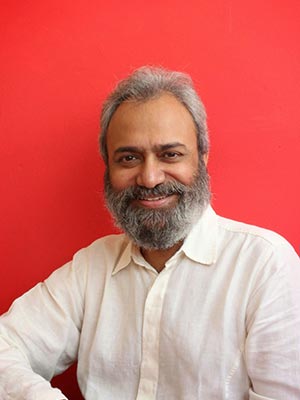 1998-till date: Editor-Publisher, attendance, yearbook. India's only, in the field. In its Tenth Anniversary year (2008), hailed by press and connoisseurs as a bible of arts.

1998-2005: Authored, photographed and published over 30 books on Indian arts and culture, spirituality and heritage. Exclusive publishing for dance books under Ekah Bios.

1986-89: Coordinator Festivals of India in France, Sweden, Germany and China dealt with over 25 leading cultural organizations in each country; its universities, the media, highest levels of bureaucracy and decision-makers.

1978-82: Director, STAS (support the arts society) Presented many events in Delhi, last attended by the then President of India as Chief Guest.

Ram Gopal was an early, major influence. He nurtured the art of presentation and stage presence. Dr. M.P.Chhaya, noted educationist and his principal at Bharatiya Vidya Bhavan, Delhi, left a deep impression on how to run schools and manage character-building. Dr Martand Singh, the design and textile guru helped create love for weft and weave, colour and design. Dr Karan Singh, the scholar-savant, former Maharaja of Kashmir, former Education, Culture and Tourism Minister and current President of the Foreign Ministry's ICCR, encouraged him by giving valuable guidance and support, including penning Foreword to or releasing some of Ashish's books. Dr. L. Subramaniam, internationally reputed violin maestro and composer showed him intricacies of music structure and symphony and ensemble management. Thus armed with deep insights into varied art expressions from the greatest living legends of India in each discipline, Ashish grew up to enjoy and relish Indian aesthetics and arts in a wholesome and humble way.

In his work in last 30 years, he has had the opportunity to visit as member of cultural delegation representing India or as eminent editor-critic, many festivals and fetes in countries and cultures as vast as Austria, Belgium, Czech, Denmark, England, France, Germany, Hong Kong, Italy, Japan-Kyoto, Macau, Malaysia, Norway, Russia, Sweden, U.S.A, Yugoslavia-Zagreb.

He also worked for Martand Singh Consultants and undertook India Promotions in China, France and Italy. These were big exhibitions based on royal costumes, crafts of India and fashion events involving major names like Ritu Kumar, Muzaffar Ali and Anita Lal.

A Grantee of the Swedish Institute in arts administration he was later awarded a Government of India fellowship to research on the pioneers of Indian dance. He was also nominated for a Woodrow Wilson Public Administration Scholarship at Princeton, USA.

As an author and photographer he has undertaken several titles (Dance, Textiles, Crafts, Krishna, Indian Images, Jaipur, Ganesha, Khajuraho and Hindu Gods, Taj) for the Classic India series of Rupa & Co. He has written and photographed books on pilgrimage sites like Tirumala-Tirupati; Mathura-Vrindavan and Shirdi.

As biographer, he has pioneered titles on many greats in arts and spirituality like Baba Allaudin Khan Sahib, Sai Baba of Shirdi, Guru Maya Rao, Guru M.K.Saroja and legends like Ram Gopal, Uday Shankar and many more under production..

He has scripted, curated, hosted TV shows, notable among which is Taal-Mel, a serial on dance commissioned by the National TV.

As a regular writer on the arts, he has contributed to several publications such as the India Magazine, The Week, the Hindustan Times group, Indrama, Elite, Life Positive and Diplomatic Corps. He was a regular art columnist for the First City magazine and Spic Macay's The Eye.

He served the Times of India as their Dance Critic based in New Delhi for almost a decade and then in Bangalore for 5 years as cultural columnist before starting a dance publishing line full time, out of Bangalore, in addition to working on the organisation of the Dance Archives of India based on the Mohan Khokar Dance Collection.

For nearly a decade now, he edits and publishes India's only yearbook on dance, attendance and publishes dance books & bios through EKAH with his editor- wife, Elisabeth Hall.

For almost two years (2005-7) he was the chief consultant designated acting National Director of AFS India Intercultural Programs, dealing with intercultural educational learning in over 53 countries worldwide. He set up systems and selected able staff in each city and helped create new chapters in Bangalore, Baroda and Madras (in addition to having initiated the same in Ahemdabad, Pune, Delhi); extended school network (from 18 to 80) and during his tenure the media support was handsome. He provided a foundation for the organization to possibly develop. His wife Elisabeth Hall, herself and alumni of AFS (USA to Sweden, 1960s) was team-mate and helped establish AFS in India in its initial years (2005-7).

They now wish to focus on education-culture for the young, as India has world's largest youth population amounting to over 500 million under 25 years of age! He wants to create platforms and avenues to see and support their talents and help educate and motivate them towards excellence in arts and intercultural learning.

He is a registered PhD candidate at the University of Mumbai.

In 2010, Alliance Francaise de Bangalore enlisted their help to activate a moribund campus hall and they helped organise the single-largest World Dance Day gathering every April 29th. They also curated 50 events over 8 years where 800 talents were platformed. Many new names were given a chance to dance. Rare films from the Khokar Collection were shown and attendance awards given on this platform.

9. History of Artistes of Delhi, Roli

40. The Ashtanayikas...8 heroines in dance, EKAH

50: 50 years of national academies and institutions 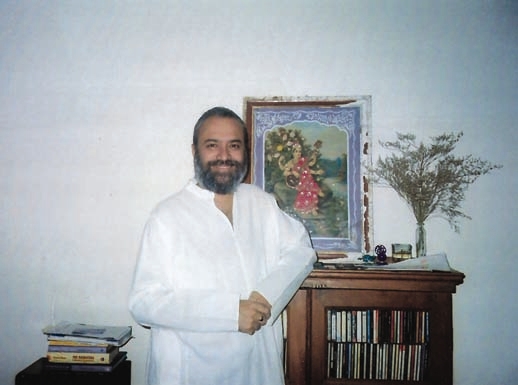 In his generation, he is a reputed cultural personality with wide interest and outreach. He has over 25 years of direct arts management and media related practical experience (dance, music, fashion, exhibitions, seminars, conferences, press, publications) at national and international levels with a wide variety of organizations, govt. bodies, foundations, NGOs. With 40 published books and thousands of articles on Arts, he remains India's best known voice bridging generations of change with traditional values. A simple Google search on his name also helps establish his outreach. (other ref. websites: www.attendance-india.com & www.dancearchivesofindia.com)